6/8/18. Today was one of the most beautiful and challenging days thus far. Starting at 10800 feet I approached Forrester Pass, the high point on the PCT at 13100 feet. After scenic breakfast on the trail I it came into view. 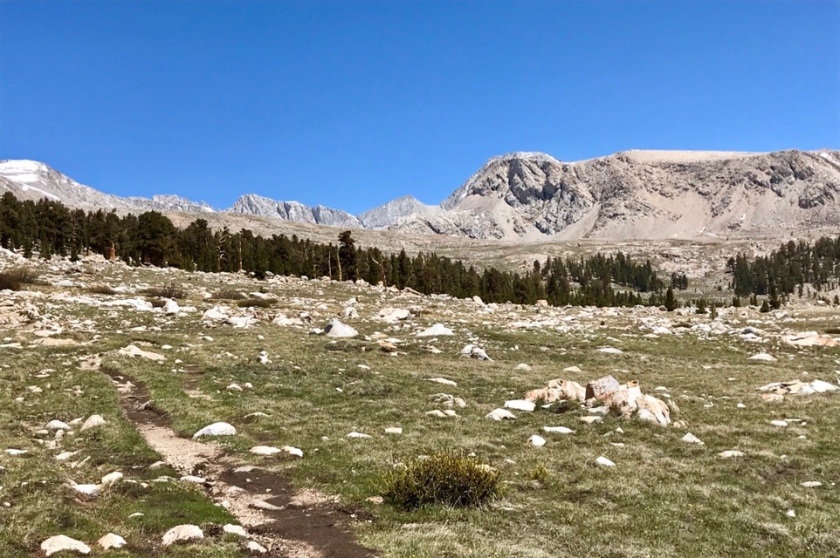 As I approached from the south the snow was minimal but since it was afternoon it was soft and creeks were high. It looked doable but the north side would be a challenge.

The trail on the south side of Forrester Pass is built in a rock face and snow lingers in a chute.

Once to the top the fun begins as I travel through soft snow for miles oftentimes post holeing to the knee and sometimes the thigh.

On the way down I was treated a view of snow sun cups and a near by peak lite up with alpine glow.

Hiked down below the snow and tree line and camped near Bubbs Creek. Long day but did a major pass and went 17.2 miles

This is a text widget. The Text Widget allows you to add text or HTML to your sidebar. You can use a text widget to display text, links, images, HTML, or a combination of these. Edit them in the Widget section of the Customizer.
%d bloggers like this: